In the ambition to be the safest chemical site in Western Europe by 2025, the Brightlands Chemelot Campus (BCC) has contributed to the One in Safety program by improving safety in the Pilot Plants given the number of incidents over the last years and their seriousness.

The BCC SHE&S council, a community council in the SHE&S (Safety Health Environment & Security) areas for the entire Campus population, brainstormed together with Courageous Teaming about the implementation of a Campus specific program. The SHE&S council opted for the Pilot Plants given the number of incidents and their seriousness, the greatest potential for safety improvement was present. Each Pilot Plant chose an area for improvement that would reveal in a significant and meaningful step to improve their safety performance. A step that would fit within the building blocks of One in Safety. 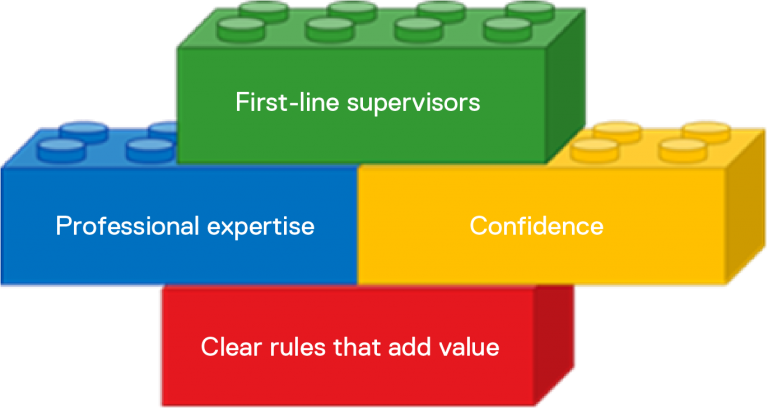 The evaluation of the workshops showed that the goal of improving the safety performance in the Pilot Plants has been achieved. A number of concrete improvements have been realized that contributed to lower incidents in the Pilot Plants. The workshops showed that a good interaction was made between applying the building blocks from the One in Safety program and the development of safety improvements.

The set-up of the Pilot Plant workshops led to an interaction between the Pilot Plants, in which they got to know each other much better, building mutual relationships and sharing knowledge about projects where they are working on. The mutual thresholds were lowered making it easier to find each other. 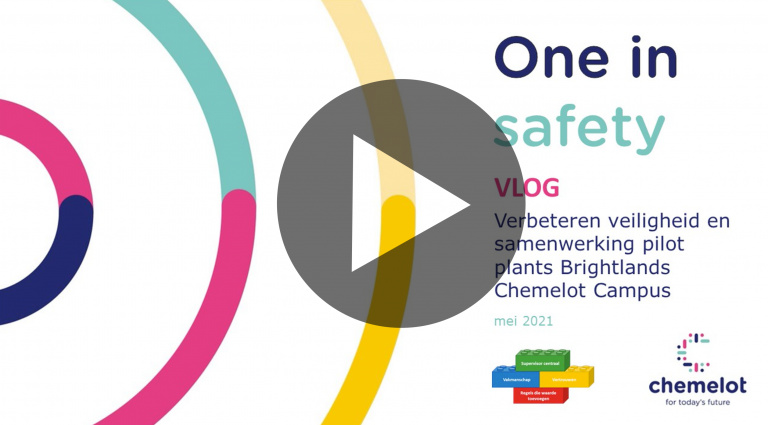 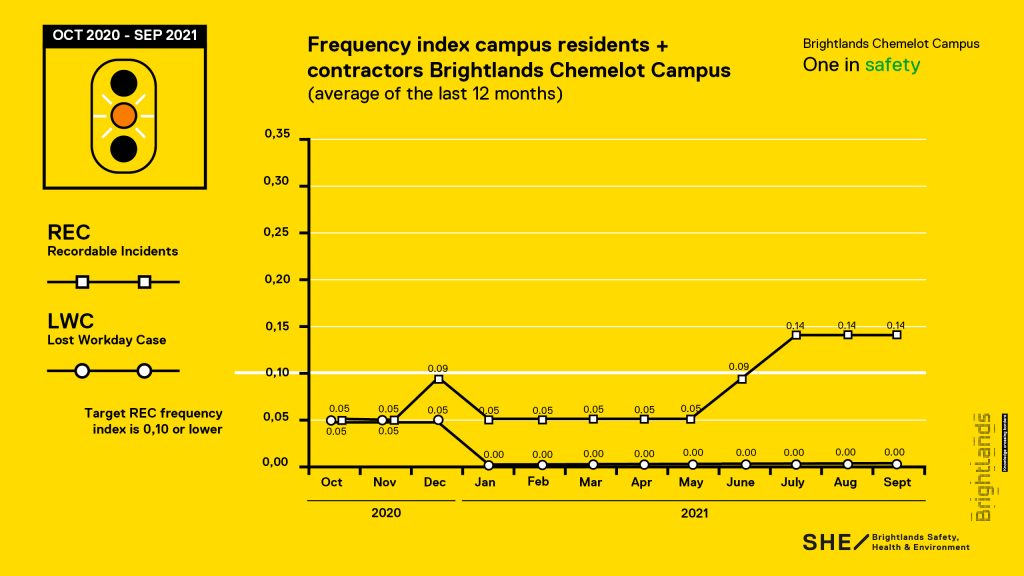 As a Campus community, an achievement to be proud of. But at the same time the number of incidents show another side. Namely, the number of First Aid (FA) incidents that took place in the laboratories in the past and the current year. These incidents are not taken into account in the frequency index of the recordable incidents. However, based on the “iceberg theory” we know that the number of First Aid incidents must be reduced to ensure the chance of a recordable incident is reduced. Lowering the First Aid incidents is the aim of the deployment of an One in Safety workshop program for the laboratories on BCC. The Pilot Plants performance has improved drastically in the past year. The aim is to improve the safety performance in the laboratories. The improvement in safety performance of the recent years can be seen in the following statistics. 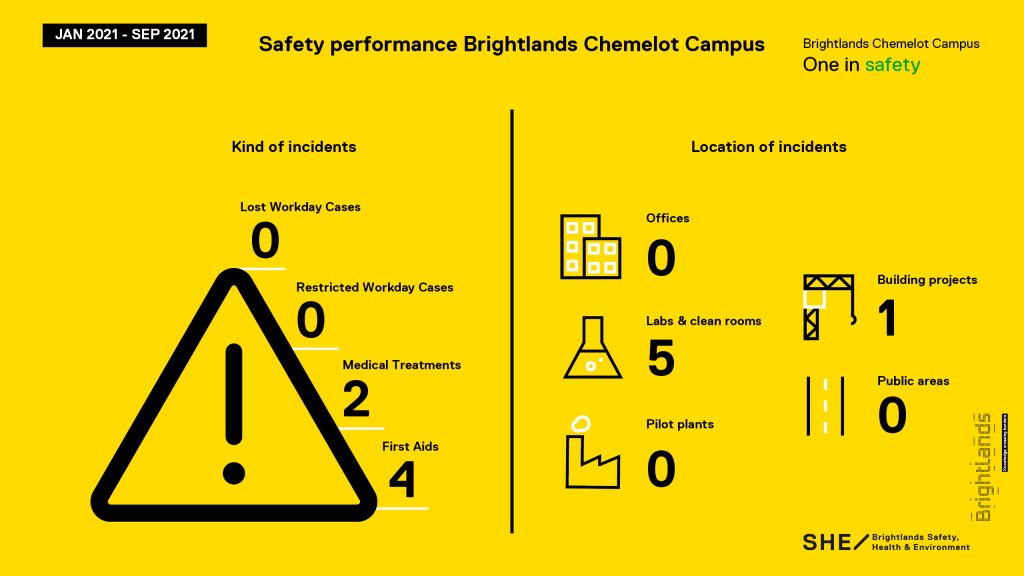 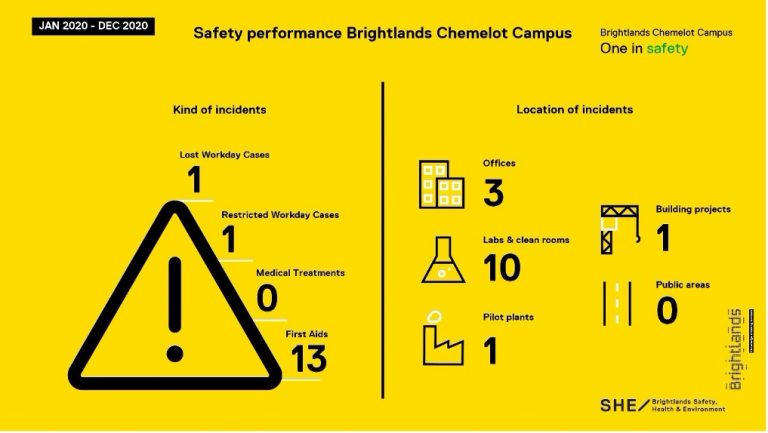 The challenges for the workshops in the laboratory community is the group size, the diversity in organizations and structures, and also the different types and sizes of the companies on BCC. Our joint mission is to take up this challenge and to ensure that the safety performance of the First Aid incidents will decrease to a frequency index <0.1. This is the BCC contribution in becoming the safest Chemical site in Western Europe as part of the Chemelot site.

How you can contribute

Especially  for the scientists working in the lab

We will be sharing the progress of these strategies,

including the results, with you in our fortnightly campus newsletter. If you have not been receiving this newsletter, subscribe here! We are always happy to keep you up to date.

Do you have any good tips or ideas for us?

As the management of this campus, we are always looking for ways to improve. Send your suggestion to Sally: sally.frijns@brightlands.com. Thank you! We always try to respond within a week to let you know if and how we have made use of your idea.

You can count on us; can we count on you?