Energy savers have long felt like they were screaming into the void, says Jozef Hurenkamp of Energica. High energy prices and growing climate awareness have changed everything. He has been advising Brightlands Chemelot Campus on energy consumption since November 2021. “The biggest short-term gain is in the fume hoods.”

Jozef Hurenkamp is the director of Energica, a company that specializes in mapping out energy costs and energy flows in order to ensure more sustainable and efficient energy consumption. Since last fall, he has been working on a broad-based project, the goal of which is to accelerate making Brightlands Chemelot Campus more sustainable, and to reduce energy consumption where possible. 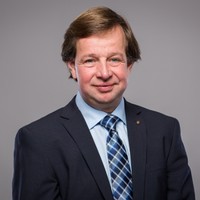 Rising prices
The conflict in Ukraine is not the reason behind the tremendous sense of urgency that currently prevails. Hurenkamp: “No, energy prices were already experiencing sharp increases in 2021. The expectation was that prices would stabilize starting in March this year, and calm would return to the market. The war in Ukraine did however cause us to reevaluate that prediction. Don’t forget growing climate awareness either. This has reached a completely different level in society than what we were seeing ten years ago.”

Screaming into the void
The signs and related plans are often not new, but no one was sensing the urgency, according to Hurenkamp. “There wasn’t really a culture of being energy-conscious at the campus either. And this lack of awareness isn’t typical of Brightlands; I actually encounter it everywhere in the Netherlands.  As someone interested in conserving energy, if there’s no financial need, you sometimes feel like you’re just screaming into the void. Of course, now that the prices are so high, energy consumption is high on the list of priorities. And I don’t expect this to change.”

Financial pressure makes things fluid
In other words, plans that were already there are now meeting with acceptance. Hurenkamp: “In the past, whenever I would try to draw a client’s attention to an investment that could be recouped in 20 years, they would shrug. Now that energy prices are skyrocketing, an investment like this can sometimes be recouped in as little as two or three years. A great example of how financial pressure can make things fluid.”

Start with low-hanging fruit
Hurenkamp: “I’m helping Brightlands Chemelot Campus make its entire operation more sustainable. To do this, we must first map out the current energy consumption. Until February, I was working on formulating the tasks.” This resulted in a broad range of objectives, Hurenkamp says. “First of all, I wanted to name and pick the low-hanging fruit. Some measures and modifications can be implemented immediately. This includes setting thermostats to lower temperatures, cutting back on ventilation outside of office hours, or adjusting centrally controlled lighting. I’ll start working on projects that generate long-term savings next. Some of these projects require major investments such as new air handling units with heat recovery, and low-temperature heating systems using heat pumps so we can go from steam to power.”

Constant up-to-date information on consumption
Another important part of his duties is to provide up-to-date information on energy consumption at the campus. “You can use an app from home to see what you are consuming and how much it costs. We’re going to set up this kind of system here too.” These measurements are supposed to serve as the foundation on which the costs charged are calculated. And if that wasn’t enough, Hurenkamp is also going to review and adjust energy contracts. Finally, he is working on a plan to make Brightlands Chemelot Campus completely energy-neutral by 2050. In short, Hurenkamp isn’t finished with South Limburg yet. Laughing, he says, “My posting here will last another two years, I think.”

Fume hoods make a big difference
Rates have been fixed for the longer term. Hurenkamp emphasizes that this means the short-term focus is very much on how users can generate savings for themselves. “They can have a huge impact on energy costs, particularly in laboratories with fume hoods where chemical trials are conducted. These rooms have a huge exhaust system, but this air is heated, cooled or humidified. This actually makes it very expensive air. Leaving a fume hood open costs as much as leaving 38 normal fluorescent lights on!”

Pulling together
Hurenkamp is very positive about the response to the measures and recommendations. “From the very beginning, the general reaction was: we’re going to pull together on this, and that’s encouraging. This is already happening in places where we are able to adjust settings ourselves, and according to the calculations, can save up to 20%. But if users can also reduce their own consumption by paying close attention to fume hoods, for example, then perhaps similar savings percentages can be added to this. We really need to do this together.”

Energy neutrality by 2050 is feasible
And the ultimate goal, energy neutrality by 2050? “This definitely shouldn’t be a problem. Many things are already undergoing permanent, centralized changes. If users also realize how much effect they can have on their own energy bills, they will continue to act accordingly. And this is good news on the way to 2050!”

How you can contribute

Especially  for the scientists working in the lab

We will be sharing the progress of these strategies,

including the results, with you in our fortnightly campus newsletter. If you have not been receiving this newsletter, subscribe here! We are always happy to keep you up to date.

Do you have any good tips or ideas for us?

As the management of this campus, we are always looking for ways to improve. Send your suggestion to Sally: sally.frijns@brightlands.com. Thank you! We always try to respond within a week to let you know if and how we have made use of your idea.

You can count on us; can we count on you?